It was a whopper! 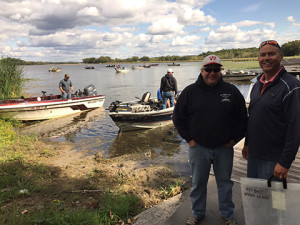 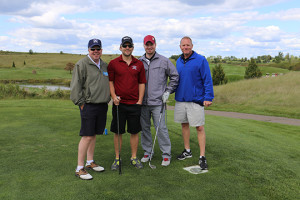 We couldn’t have asked for a better turn-out or better weather for our annual Customer Appreciation Event.   This year we welcomed 146 golfers to Albion Ridges Golf Course just outside of Annandale, Minnesota and another 46 to our fishing contest on Clearwater Lake.  It was a great way to spend a Friday and the photos would indicate everyone had a good time.

The fishing contest had a record turnout with twenty-three boats launching for this year’s competition.   The participants remarked not only on the fantastic weather but the especially feisty bass in Clearwater Lake. The contest began at 9am with the official weigh-in occurring at 3pm.  The scoring system used for the contest each year awards points for fish caught in the following species:  Northern Pike, Walleye, Sunfish, Crappies and Bass.  Any fish caught over a specific length or weight, in each species category, is awarded bonus points which are added to the base totals for each team.

At the end of the day, the lucky fishermen from Clements Lumber in Redwood Falls, crushed their fellow anglers with a record setting number of fish!  Way to go, Chris Rothmeier and Nick McCarney!

Back at Albion, the golfers prepared for an 11 o’clock tee-off.  At many of the holes on the course, we added a longest-drive-with-a-baseball-bat, a hockey sauce game and other amusements to keep the laughs rolling.  We were happy to award the Longest Drive(s) to Mike Haeger of Hamel Building Center in Plymouth and Danny Kleindl of Hooter’s lumber.   The Longest Putt award went to John Carlson of Hilltop Lumber in Alexandria and the most Accurate Drive to KC Franson of Hilltop Lumber in Alexandria.  Great work!

Thank you, everyone for a fair and fun competition this year.  We’re already looking forward to 2016!